This Is Why You ALWAYS Test Your Headline…

“I never ‘roll out’ with an offer without several headline tests. Reason? With exactly the same body copy, the winning headline alone can pull 8 to 15 times compared to the losing headline.” -Ted Nicholas

“Just by changing a headline in an ad, you can improve the pulling power and the results of that ad by up to 21 times.” -Jay Abraham

This is Why You Spend so Much Time Crafting Your Headline

“On the average, five times as many people read the headline as read the body copy. When you have written your headline, you have spent eighty cents out of your dollar.” – David Oglivy

This Is Why You Watch Your Headline Language…

And Here Are Examples Of Headlines Gone Bad

True, these are from the news, but they still illustrate the importance of not only getting a headline that pulls readers into the copy, but of also making sure your headline doesn’t harbor a hidden meaning…

“Police arrest everyone on February 22nd.”

Really? Then who wrote the story?

“Statistics show that teen pregnancy drops off significantly after age 25” Wouldn’t that be after age 19??

And breathing drops off significantly after death, I’ll wager.

“Threat disrupts plans to meet about the threats”

But what about the threats? 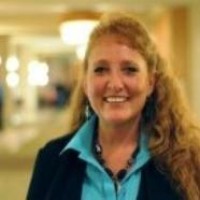 Heidi Richards Mooney is the Publisher and Editor-in-Chief of WE Magazine for Women, a serial entrepreneur, the author of a dozen books and a social media expert. She helps small businesses owners make sense of social media, navigate the social web and learn which questions to ask to get their websites, blogs and profiles found online. Heidi has interviewed hundreds of experts on Social Media Around the World. In 2003 Heidi was named one of 50 women shaping the Internet by the International Virtual Women’s Chamber of Commerce. In 2009 she was named a Twitter Woman to Follow by Only2Clicks.com. In 2010 she was named Media Leader of the year by the Fort Lauderdale Chamber of Commerce and Social Media Leader of the Year by the South Broward Chapter of the American Business Women's Association. She works with solopreneurs, professionals and small businesses in ecommerce, direct sales and retail. Follow Heidi on Google Plus